Central’s Girls’ Volleyball Team was unstoppable in its past three matches. Not only did the team defeat its opponents in away games, but it also came closer to its goal of an undefeated season.

On October 13, Central dominated Edison by a score of 3-0.

On October 15, Central triumphed over Bodine by a score of 3-1. 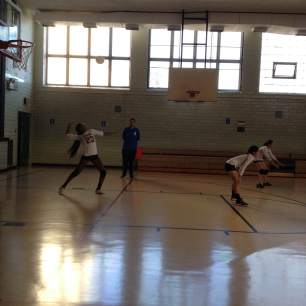