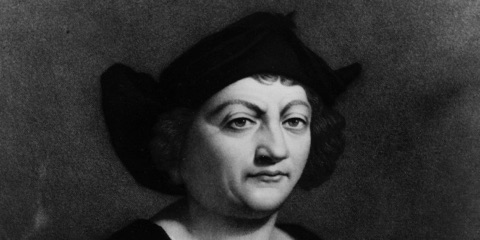 In 1937, Columbus Day became a federal holiday, meaning that federal offices and public schools were granted a day off. For many of the students and faculty at Central High School, 2016 was the first year in which students attended school on Columbus Day. The School District of Philadelphia made this change because there already are many holidays during the first few months of the school year for which students and faculty are allowed to remain home. If Columbus Day were to be included in this group, there would not be enough school days to meet state calendar requirements and the academic year would need to be made longer. The school district’s agenda was not one based on politics, but rather efficiency. However, because Columbus Day is a culturally polarizing holiday, actions that counter it in the subtlest ways can be interpreted as taking a political stance on the subject.

The School District of Philadelphia has appeared to have inadvertently made a statement concerning the controversial issue of whether or not Columbus Day should be observed as a federal holiday. By keeping schools open, the school district has negated the idea that Christopher Columbus is a man to be lauded within our country. Despite this not being the district’s intention, they have avoided condoning the aggrandizement of Christopher Columbus. “There are many school districts that don’t celebrate Columbus Day. It’s a holiday that many people do still enjoy, but I don’t think it is one that will take away too much from our history, especially because of the fact that Columbus really didn’t discover America. It was already inhabited… So I always want a day off but I understand the school district’s reasons for not having our holiday,” says  Ms. Scott, Assistant Principal.

Christopher Columbus did not discover the Americas. It is impossible to be the first person to discover anything when it has already been settled by human beings. This country has decided to glorify a man who was seeking to find India and fortuitously stumbled across land that was attractive for its ample resources. Some students agree with this sentiment and refuse to honor Columbus Day. “It’s not that big of a deal. We have enough days off already, and we’re celebrating somebody who killed a bunch of people and was not actually the first person to discover new land, and he did it accidentally… I’d rather have school off than go to school, but I’m not going to go home and cry about it,” comments Reilly Fuller (277).

When he arrived in the Caribbean, Columbus used violence to coerce the people he labeled as “Indians” into religious submission and physical slavery. He countered rebellion by slaughtering natives and parading their bodies throughout the streets. “I think it’s a good thing the School District of Philadelphia took away Columbus Day,” notes math teacher Mr. Grow, “We’ve had a lot of time to look at the history of what Christopher Columbus did and he appears to be guilty of crimes against humanity. He’s not someone to celebrate.” In addition to his deliberate acts of brutality, Columbus also transported diseases from Europe to America that the indigenous people were unable to fight off due to their immune systems not being familiar with foreign infections. This led to more widespread death among the native population of North America. The moral implications of this holiday can not be ignored. It underscores the idea of European superiority and robs indigenous people of the credit they deserve.

There are many alternatives to Columbus Day that would be more beneficial, sympathetic, and informative. Some students and faculty believe that Indigenous Peoples’ Day, a holiday honoring the native people and culture of this country, should be adopted in order to replace Columbus Day. “I think we should have off for Indigenous Peoples’ Day instead of Columbus Day because we should have [a day off from school] to celebrate the people he killed instead” says Shannon Distefano (279). This is a great alternative because it allows for the people oppressed by Christopher Columbus to be acknowledged. “I’m so glad that many people are now celebrating it as Indigenous Peoples’ Day. I was born in the state of Washington and I believe that the state of Washington now officially celebrates Columbus Day as Indigenous Peoples’ Day. So I think we can maybe move towards a more syncretic approach for this holiday and fold the different meanings of it together” says English teacher, Dr. Hall.

There are also people within the school that believe the holiday is something to be recognized in order to learn about Columbus in an honest, educational setting. “I think that if we have [Columbus Day] off, it should be a mandatory day of service across the United States, but if we have school I think it’s the responsibility of any history teacher or any teacher really to talk about Columbus’ impact on world civilization,” says history and philosophy teacher Dr. Drago.

The positive legacy of Christopher Columbus may survive within this country, but the School District of Philadelphia has taken a step in reforming it. By questioning its worthiness of observation, the school district has invalidated Columbus Day’s legitimacy as a holiday. Although these actions may not have had a political motive, they still work towards implementing a significant change in how we look at American history.