The School District of Philadelphia closed on Thursday, February 8 for the Eagles' parade along Broad Street and the Benjamin Franklin Parkway. PC: Jacqueline Reichner (277)

On Sunday, February 4, 2018, the Philadelphia Eagles won their first ever Superbowl. Thousands of Philadelphians flooded the streets on Sunday night in celebration of the Eagles’ victory, including many Central students. The School District of Philadelphia closed all schools in anticipation of Thursday’s historic parade, allowing students to attend the festivities. Below are photos that Central students took minutes after the Eagles’ victory and during Thursday’s parade.

Thousands of Philadelphians, including many Central students, congregated in Center City on Sunday Night to celebrate the victory. PC: Jacqueline Reichner (277)

Planes flew over the Benjamin Franklin Parkway to spell “Philly Philly” in the clouds, a play on the catchphrase of a popular Bud Light advertisement “Dilly Dilly.” PC: Serena Schwartz (277) 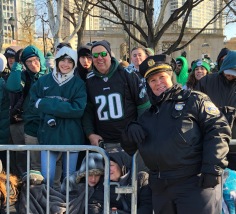 Fans congregated along the parade route from the early hours of the morning to catch a glimpse of the Superbowl champions. PC: Annalisa Quinn (279) 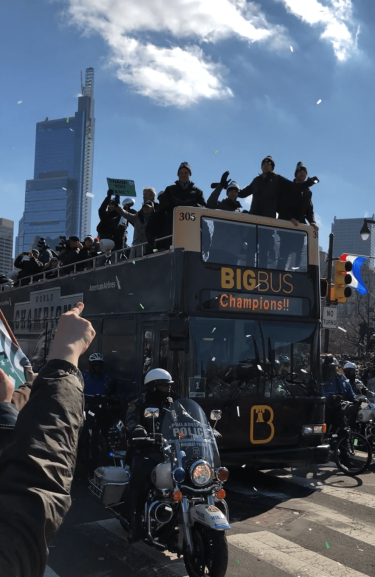 One of the double-decker parade buses makes its way up the Benjamin Franklin Parkway. PC: Annalisa Quinn (279)