Rows of food trucks line up inviting people to have a taste. People scour the streets with plates in their hands while karaoking to the heart pounding music. On Thursday, October 18th the vicinity between Race and Arch street was occupied with people, music, and food. The Chinatown Night Market is an annual event that invites people to enjoy a taste of different cultural cuisines.

The Night Market was hosted between 7pm and 11pm. Between those times, visitors to Chinatown enjoyed the live entertainment, music, and food offered. Strolling along the streets was like taking a trip countries across the world. Some of the cuisines offered included Mexican, Ottoman, Italian, Cuban, Korean, Chinese, American, Canadian, and Indian. Most restaurants were vegan and vegetarian friendly.

Further down 10th street, there were children and adults gathered to light up sparklers and firecrackers. Lighting up the dark night with sparklers and glow-in-the-dark merchandise brought about smiles and laughs from all. The brisk air filled with laughter and music set the mood for performances and activities hosted throughout the night.

Central student and self-made artist, Andre Pak (278) performed his song LUST at 7:45 pm along 9th and Race streets. Friends and family jammed to the song and by the end there was lust for more. Andre exclaimed, “It was really cold that night, but the crowd really warmed me up with their energy. It was an exhilarating feeling to see family and friends there to support me and it was a really great time!”

L&M dance studio performed in front of Friendship gate, generating applause along the strip of the block. Yanling Sun (278), performer and member of L&M studio, commented, “I was fortunate enough to have the chance to perform at the night market. I am glad that many of my friends came and cheered for me. It was a great experience!”

Towards the end of the night, performances included flaming robots, clowns, a DJ, and much more.

Next year’s Night Market will be all more grandiose, attracting more foodies, adults, and children alike. 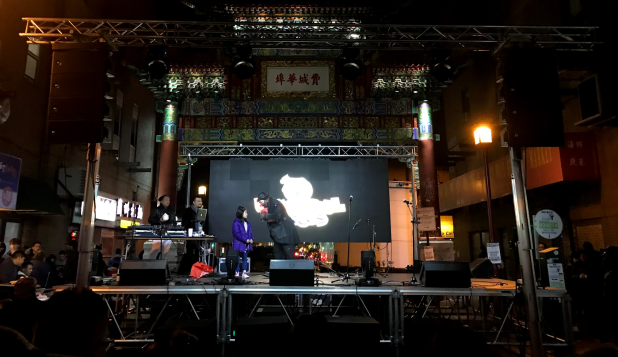 A clown entertains a child onstage underneath the archway of Chinatown. 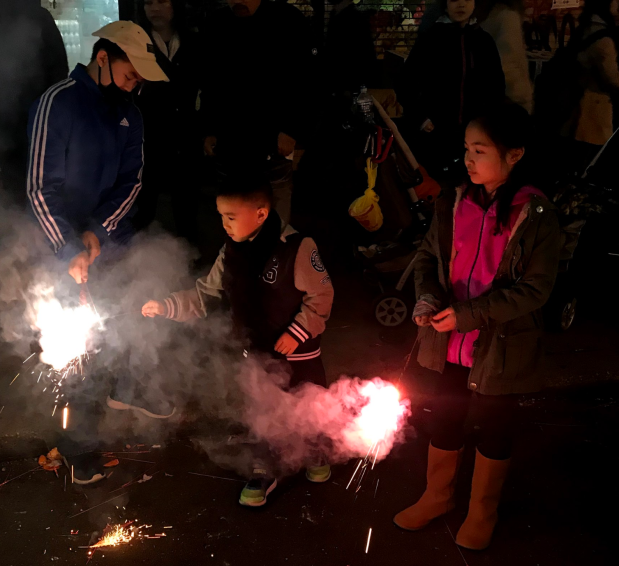 Children have fun playing with sparklers on a cold Philadelphia evening. 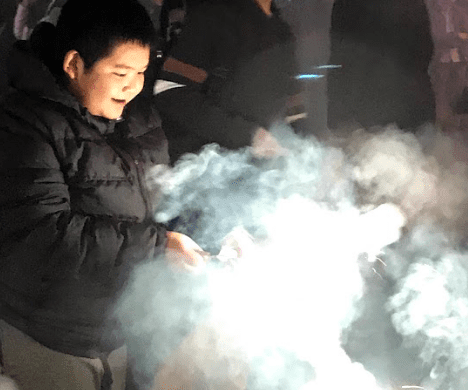 Kid enjoys a sparkler at the Night Market